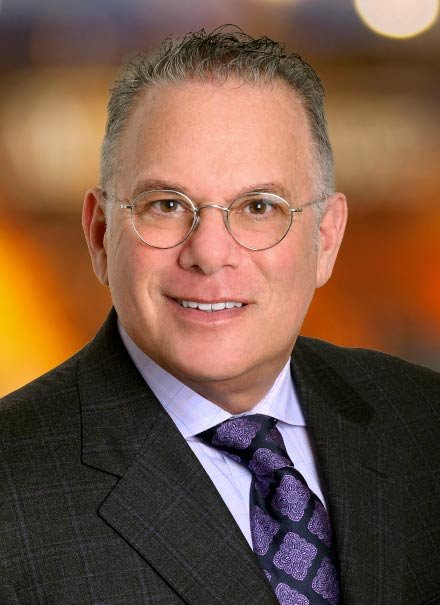 The underlying principle at MyPhillyLawyer is that each client is an individual who deserves our respect. They're a part of the whole team here and we need to take care of them.

Dean Weitzman is the public face of MyPhillyLawyer’s lively, catchy, full-color advertisements on billboards, buses and on TV in the Philadelphia area.

He’s also out in the public eye as the host of an hour-long Court Radio show on legal issues every Sunday morning on Philadelphia’s Old School 100.3 FM and Praise 103.9 radio stations, helping local residents by talking with them about their rights in everything from car accidents to wills, trusts and real estate matters.

As the managing partner of MyPhillyLawyer, Dean is always busy somewhere, helping his clients get the best legal representation that they can find in every case the firm handles.

Advocacy shaped by a lifetime of experiences

That kind of advocacy has been one of his personal goals since he was a teenager, when several incidents helped shape the direction of what would become his legal career.

When he was about 13 years old, Dean was in a doctor’s office, waiting for an appointment in a very crowded waiting room.

“I had gotten to the appointment a little bit late and the waiting room was busy,” he said. “I sat down and soon the doctor came in. He pointed to me and said quite loudly, ‘that people like you who are on medical assistance shouldn’t come in late for an appointment. My family had a rough time financially but that wasn’t something that I wanted to share with the entire waiting room.”

“Obviously, it made me feel horrible terrible,” he said. “I was embarrassed. I felt like I was worth nothing. I later decided that when I grew up that I wanted to give a voice to those who didn’t have a voice, to help others avoid feeling like I felt that day in the doctor’s waiting room. That life experience made me feel like I needed never to be in a situation where someone could treat me like that or denigrate me like that. I realized I wanted to stick up for other people who were in a similar situation and be their advocate. I didn’t feel like I had an advocate in that situation.”

Often you hear from people that their lawyers don’t talk to them about their cases or keep them up to date on what’s happening. Not here. The client is our most important asset, and that’s the person who we have to make sure is doing OK throughout the whole legal process. We make sure that they know what’s going on with their case.

A few years later, a testy legal situation involving his parents propelled Dean even deeper into his growing passion to advocate for others.

“Another one of those life-changing experiences was that my parents owned a beauty shop and they weren’t savvy business people,” he said. “They had a lease that was month-to-month and one day, the landlord – a large property management company – called and told them they had 30 days to move out. It was really tough.”

His parents were essentially blind-sided after being in that location for many years. The family was forced to move the beauty shop into the basement of their home.

One thing Dean remembers most about the incident is that his parents had no one to help them or fight for them in a difficult situation. He started thinking about becoming an attorney. His parents had some friends who were attorneys and Dean admired their work.

“They were guys who represented their clients, proved their points and made sure that they advocated on behalf of them and that that person’s point of view or needs were heard and were addressed.”

That’s someone who I wanted to be. I wanted to be the kind of person who didn’t let other people get away with things at someone else’s expense, like that doctor got away with the day I was in his office. That doctor went home to his family, had dinner and went to sleep and didn’t feel anything. I was left feeling badly and hurt.

“I wanted to make sure that people didn’t do that to others,” Dean said. “I became a trial lawyer because of that kind of behavior.”

Every day, that’s what Dean and his team of lawyers, legal assistants and other staff members do here at MyPhillyLawyer – they work tirelessly on behalf of their clients to ensure that they are well-represented and heard.

A resource for the whole community

The two-year-old weekly call-in radio show is one example of how Dean and MyPhillyLawyer help their clients and prospective clients with everyday legal matters that arise in their lives.

“We endeavor to answer legal questions for people who might not have access to an attorney,” he said. “We get great feedback from our callers. They love the show and it really provides a venue for people of ordinary means to gain legal information in a timely fashion. A lot of these people don’t have a relationship with an attorney where they can just walk in and ask a question. On the show, they can do that for free and get some help.”

Dean earned his bachelor’s degree in psychology from Temple University in 1984 and his Juris Doctor in 1987 from Temple University School of Law. He worked throughout college to put himself through school working as the supervisor in a group home for mentally-handicapped adults. Dean is a member of the Pennsylvania Bar Association and the Philadelphia and Pennsylvania trial lawyer’s associations.

He’s an avid Philadelphia sports fan, following the Phillies and the Eagles as well as Temple’s football and basketball teams.

“I’m a big booster for Temple University,” he said. “I spent seven years there as a student. I believe in the principles of a quality education, inexpensively and in the city.”

Temple’s first president, Russell H. Conwell, talked about finding educational ‘diamonds’ in Philadelphia’s own backyards. I believe in that and I’m a product of the Philadelphia public school system and Temple University. That’s really who I am.

Dean is also a volunteer in his community, serving as a Big Brother and as a business sponsor for several non-profit groups, including the American Cancer Society, the Bread of Life Foundation and Mothers Against Drunk Driving (MADD).