The family of a 54-year-old Massachusetts man has been awarded a $4.2 million medical malpractice jury verdict in connection with his death following a late kidney cancer diagnosis.

The man, Neil Senna of Billerica, Mass., had visited his doctor in June 2009 as part of an initial evaluation of hypertension and underwent a urine analysis that suggested the presence of red blood cells in his urine, according to an April 3 story in The Lowell Sun. A month later a “dipstick” test was negative for hematuria, blood in the urine. Due to the results of the second negative test, the physician, Dr. Ashok Joshi of Billerica Medical and Health Center, did not notify Senna of the first test result which showed hematuria, the story reported.

Later, during a routine physical examination in May 2011 at Saints Health Services of North Andover, evidence of hematuria again showed up in Senna’s urine test results. In July of 2011, imaging of Senna’s kidneys found cancer, according to the story. When that diagnosis was made, Saints Health Services then pursued Senna’s earlier medical records and found the positive result from the 2009 examination. Such bleeding can occur intermittently, an expert testified during the trial. 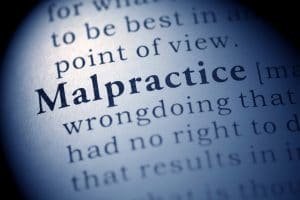 Senna died of kidney cancer on New Year’s Eve 2014, some 3.5 years after his initial diagnosis.

In deciding the case, the jury in Lowell Superior Court in Massachusetts found that had Senna’s diagnosis come back in 2009 when the first test result showed hematuria, he could have been treated at an earlier stage when the disease was potentially more curable.

Joshi and Billerica Medical and Health Center were found by the jury to be “negligent in Senna’s care and treatment after reportedly failing to notify Senna of a symptom that could have indicated the cancer’s presence in June 2009,” the story reported. That negligence played a “substantial contributing factor” in Senna’s death, according to court documents.

Senna’s estate was awarded $4.2 million, including $1.2 million for suffering and $1.5 million to each of his children, which includes compensation for present and future losses.