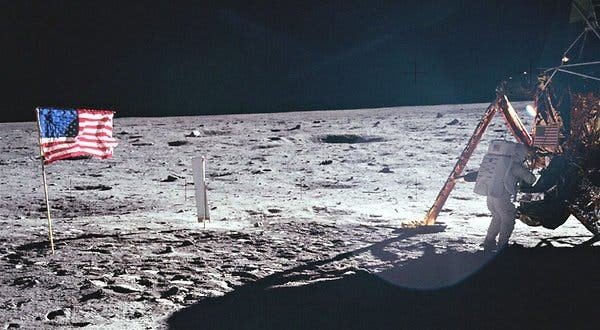 Medical Malpractice Attorney Gets $6M Settlement for Family of Neil Armstrong, the First Man on the Moon, After He Died in 2012 Due to Complications Following Heart Surgery

A $6 million settlement has been reached by a medical malpractice attorney for the family of Neil Armstrong, who was the first human to walk on the moon, after the former astronaut died following heart bypass surgery in 2012.

The settlement, which was kept secret for years after it was reached in 2014, came to light in July of 2019 after an anonymous source sent copies of legal documents in the case to The New York Times, according to a story in the paper. Until that time, the settlement was supposed to remain confidential.

The case provides a fascinating and dramatic backdrop for many similar legal cases that are decided in the courts but are then immediately sealed from public view, leaving no word on their disposition. In the case of this truly recognizable and famous American, now we all gain a view into what happened in the background following Armstrong’s death, which is why we here at MyPhillyLawyer are sharing it today with our readers and clients.

The medical dispute and the then-secret settlement came to light in July 2019, just days after the 50th anniversary of Armstrong’s moon walk, which put the landmark event back into the headlines.

“The New York Times received by mail from an unknown sender 93 pages of documents related to the astronaut’s treatment and the legal case, including dueling reports by medical experts for the two sides,” the paper reported. “Some of the documents, though marked “filed under seal,” are publicly available at the probate court’s website, confirming that the documents received by The Times are authentic. An unsigned note included in the envelope said the sender hoped the information would save other lives.”

Armstrong, 82, had entered Mercy Health – Fairfield Hospital in Cincinnati in August of 2012 for heart bypass surgery and was on his way to recovery, the story reported. “But when nurses removed the wires for a temporary pacemaker, he began to bleed into the membrane surrounding the heart, leading to a cascade of problems that resulted in his death on Aug. 25,” the story continued.

In a lawsuit filed by his two sons, the family contended that Armstrong’s post-surgical care led to his death, the story reported.

Following the removal of the temporary pacemaker wires, Armstrong’s blood pressure dropped and he was taken to the hospital’s catheterization lab, where an echocardiogram showed “significant and rapid bleeding,” according to one expert hired by the plaintiffs. “There, doctors drained some blood from his heart, to prevent it from being pressed and hampered by the accumulated fluid,” the story continued.

The hospital insisted the care was appropriate, but settled the case privately for $6 million to avoid devastating publicity on the eve of the 50th anniversary of Armstrong’s moon walk, the story reported.

Armstrong was the first human being to walk on the surface of the moon on July 20, 1969, as the commander of NASA’s Apollo 11 mission.

Legal cases like this one occur around the nation every day and are examples of similar kinds of medical malpractice or personal injury cases that MyPhillyLawyer attorneys regularly work on tirelessly for our own clients. We handle complex medical malpractice cases and catastrophic motor vehicle crashes involving tractor trailers, plus many other cases.

When you need a medical malpractice or personal injury lawyer, we here at MyPhillyLawyer stand ready to assist you with your legal case if you or a loved one is ever seriously injured in any kind of cancer surgery or diagnosis, transvaginal mesh implant, surgical or medical procedure, car crash, slip and fall, workplace injury or wrongful death in Philadelphia or anywhere in the United States. We pledge to make sure that you and your family get the compassionate, dogged and experienced legal representation that you deserve and expect from a professional legal team which works hard to uncover every fact to bolster your case and maximize your damage award.

Talk to a Philadelphia medical malpractice attorney at MyPhillyLawyer by calling 215-914-5471 or toll-free at 1-866-920-0352 anytime and our experienced, compassionate, aggressive team of attorneys and support staff will be there for you and your family every step of the way as we manage your case through the legal system.

Listen to Court Radio every Sunday at 7 a.m. with me, attorney Dean Weitzman of MyPhillyLawyer, on Philadelphia’s Old School 100.3 WRNB, Boom 103.9 or on Classix 107.9 WPPZ FM. Listen to Court Radio online or on the radio every week for the latest on legal topics and to get answers to your legal questions. In addition to addressing the topical issues of the day, we’ll answer caller questions on a wide range of legal issues.