$1M Settlement to Motorcyclist Struck and Injured by Turning Car

A motorcyclist who suffered severe leg injuries when he was struck by a turning car as he was riding his motorcycle in Montgomery County, Pa., in 2016 has reached a $1 million settlement with the driver of the car and the driver’s employer.

The victim, Michael Solow, was riding on Pennsylvania Avenue in Fort Washington on July 27, 2016 when a sedan being driven by Robert Sligh II, struck his motorcycle, according to an Aug. 30 story by The Legal Intelligencer.

Solow, who was 75 at the time of the crash, had left a car wash and was crossing the westbound lanes of Pennsylvania Avenue to head eastbound on the roadway when he was struck by Sligh’s car, which was turning left onto westbound Pennsylvania Avenue, the story reported. The front left of Sligh’s vehicle struck Solow and threw him onto the roadway. Sligh was working for Park Avenue Motor Cars Fort Washington at the time of the collision, the story reported.

After the crash, Solow was transported by ambulance and admitted to a hospital, where he was diagnosed with an open distal fibula fracture of his left leg which required surgery and the installation of a rod and screws. During his hospital stay, he underwent multiple debridements and irrigation procedures to treat dead skin, the story reported. 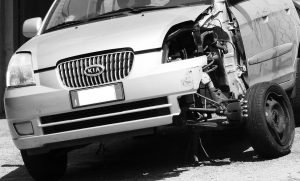 After leaving the hospital he underwent physical therapy and could not bear weight on his leg due to his injuries. Later he was treated with bone stimulation to promote healing of his leg fractures. He also suffered from wound-closure difficulties, which required consultations with a plastic surgeon.

“Solow testified that he continues to experience pain, swelling and occasional oozing at the surgical site,” the story reported.

In his lawsuit, which was filed in the Court of Common Pleas in Philadelphia, Solow sued Sligh and his employer for negligence since the crash occurred while Sligh was operating a vehicle for his employer. Solow sought damages for past and future pain and suffering.

The case was settled by both parties for $1 million. The insurer for Park Avenue Motor Cars Fort Washington paid the settlement.