Shafted: Congress Strips Consumers of Their Rights to Sue Banks

American consumers should be outraged by the latest late-night shenanigans from the Republican-controlled U.S. Congress, which recently struck down an Obama-era rule that would have given consumers the right to band together to sue banks and other financial institutions for irresponsible behavior.

The rule, which was created under the Obama administration in response to the 2008 U.S. economic and banking crisis, would have allowed consumers to sue banks using class actions under certain circumstances, which is typically not permitted under the fine print of most banking contracts. The rule was set to take effect in 2019.

But instead, the rule was overturned by the U.S. Senate late on the night of Oct. 23 by a 51-50 vote, with Vice President Mike Pence breaking a 50-50 tie, according to an Oct. 24 story by The New York Times.

The move “will further loosen regulation of Wall Street as the Trump administration and Republicans move to roll back Obama-era policies enacted in the wake of the 2008 economic crisis,” the story reported. “By defeating the rule, Republicans are dismantling a major effort of the Consumer Financial Protection Bureau, the watchdog created by Congress in the aftermath of the mortgage mess.”

What the rule would have done is given gypped consumers a chance to take on irresponsible banks and financial institutions in the courts when they cheat customers with bait and switch rates and improper incentives that aren’t what they were promised when they signed up for credit cards, loans and other services.

Banks uniformly place language in the fine print of credit card agreements telling consumers that they must bring any disputes about their actions to arbitration and that they can’t sue them or join class actions against them. 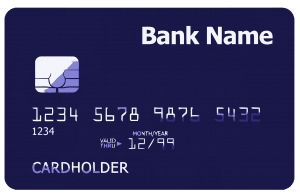 The recent action by Congress enforces those clauses, taking away the rights of consumers to fight unfair policies and actions by banks and other financial institutions.

Interestingly, a client approached me six weeks ago to ask about filing a class action lawsuit against a bank that used misrepresentation in their credit card advertisements. The ads claimed that cardholders would earn one airline travel mile for every dollar spent, allowing consumers to make purchases and use their rewards for air tickets in the future.

Instead, the credit card company awarded our client one point for every dollar spent – not one mile – cheating them out of their alleged rewards. The ads used the word “miles” all through their descriptions, without any mention of “points.” That leads consumers to assume that miles mean miles, which is certainly not the case here. It is a total disgrace.

So, after spending about $100,000 dollars on their credit card over a year, the client expected to have 100,000 miles or about four or five round-trip airline tickets that they could use for travel. Instead, they had around 1,000 points in travel credits.

Under the coming law in 2019, consumers including our client could have sued their financial institutions for such egregious behavior under a class action, rolling their claims together as a group to take on the banks when they were cheated.

Class action lawsuits, which allow such claims to be grouped together, make it possible for consumers to sue without taking on all the legal costs on their own, making such litigation cost-effective. For an individual to bring such a claim on their own, the costs would likely substantially exceed their recovery.

In essence, Congress has made it impossible to get banks to operate ethically.

The client could sue the bank individually for fraud, but it could cost a lot of money in legal fees to get $5,000 in compensation in such a case, making it unrealistic. And the banks know that no one will sue them.

That’s where class action lawsuits come in to help bring fairness to the equation. Class actions deprive companies of the ability to conduct small frauds against consumers by hitting them in their wallets.

When you take that away, there is little incentive for banks to behave responsibly.

Our aggrieved client couldn’t sue. It was only going to work as a class action because it was the only way that kind of a case could be successful. And now the banks have free rein to continue their deceptive conduct.

Before Congress took this unnecessary action, there were several courts around the country which held that the restrictive arbitration-only terms in the fine print of banking and credit card documents were null and void. Those courts then extended these wider rights to individuals, letting them take on their banks in such disputes.

But now, due to Congress caving in to banking lobbyists at the expense of American consumers, all of those restrictive clauses will enforced to the letter, leaving consumers without legal recourse when they are cheated.

It’s just another opportunity for banks to give the little guy the shaft.

It’s wrong and it’s an outrage.

Remember this action the next time you enter your local voting booth in 2018. Remember how the Republican Congress took away yet another of your legal rights to benefit the fat cats.

We here at MyPhillyLawyer stand ready to assist you with your legal case if you or a loved one is ever seriously injured in a vehicle incident or accident anywhere in the United States, and in a wide range of other cases including family law, consumer law, medical malpractice, workplace accidents and more.